I remember quite vividly when my Dad turned 40. He had a party at our house with a bunch of his friends, my mother got him a big moustache cake because he had a big moustache and it was the day he turned ‘really old’ in my eyes. I was 11 at the time. He was really old, but he had accomplished many things. He was the CEO of a major Insurance company, he owned his own (very nice) house in Auckland, he had three children and a happy, long lasting marriage. Tick, tick, tick tick. All the things that society had expected of him. He was my role model.

Today I turn 40. Due to Covid-19 there is no party, there are no friends (there is ice-cream cake, however). That part I’m not worried about though. It’s the social expectations that I haven’t lived up to that have played on my mind over the years. I have my own business, but that makes about a tenth of what my Dad made at the time and my revenues are down 90% due to Covid. I rent a one-bedroom apartment in Mexico and when I’m in New Zealand I live with my parents. I have no children and I am a divorcee. My boxes don’t have many societal ticks.

I sent out a newsletter a few days ago looking to engage with my subscribers. I asked them, ‘What are you struggling with right now?’ There were a litany of responses and a few themes began to emerge, one being that a lot of people feel like they are ‘behind’ everyone else. Their careers weren’t where they were supposed to be, they were single when everyone expected them to be married by now, they just hadn’t lived up to their own expectations or those of the people around them. These people ranged from 20 to 67.

I can empathise. I have felt it too…

But it begs the simple question; what are we behind in? When was there an agreed upon age for anything?

A generation ago you got married at 19. Now it’s more like 29 on average. Housing affordability is about three times worse than your parents’ generation, so you can’t really compare that can you? Our parents averaged 1.5 careers in their lifetime, we will average 4. The world changes constantly. There is no ‘standard’ so why do we keep holding people to a made up one?

That’s all these expectations are, peer pressure. From dead (and still alive) people. You are not ‘behind’ you simply are where you are. And that’s ok. The aim isn’t to tick every stupid box; it is to live a happy life.

I have a decent list of achievements next to my name, I have done many interesting things in my time, many people think I am ‘successful’ and yet I don’t live up to the societal benchmarks that I chose to conform to. I thought I should have my own house by now and a more successful business and career, I thought I should have kids and still be married to the same woman… I don’t and I’m not. And that’s ok.

Your success in life is how YOU define it, not anyone else. I’ve finally come to realise that.

I am happy, and that’s the only thing that matters. I will rent for the rest of my life if I have to. That’s ok. I also have no shame in living at my parents house when I am in NZ. I actually really enjoy getting to spend quality time with them and (I think) they enjoy having my company. My second marriage is way better than my first. And if, god-forbid, something happened to this one, I would have no shame in trying to find love again. I make far less money than I would if I decided to run an insurance company like my Dad did or go back to running a design company like I used to. But I don’t care, because my basic needs are met and I am fulfilled in my work. And my wife and I have chosen not to have kids. That’s our decision and we’re absolutely fine with it. If other people can’t comprehend it then that’s on them (and a lot just can’t comprehend it).

I have felt that for the last few years that I am going to do my best work in my 40s. I feel that I am finding the growth and maturity to actually contribute meaningfully to society. I genuinely look at today as the start of something rather than the end of anything. I’m excited. And there’s plenty of inspirational people who have shown that you’re not ‘behind’ there is still plenty of time to achieve whatever it is you want to achieve.

Darwin wrote the Origin of Species at 50. Stan Lee wrote the Fantastic Four (which started Marvel) at 40.

Samuel L Jackson, who has been in our movies forever, actually hasn’t. He got his break at 46.

Julia Childs and Martha Stewart both started their culinary careers in their 50s.

Vera Wang started in the fashion industry at 40.

Anna Mary Robertson Moses, better known as Grandma Moses, began her prolific painting career at 78. In 2006, one of her paintings sold for $1.2 million. 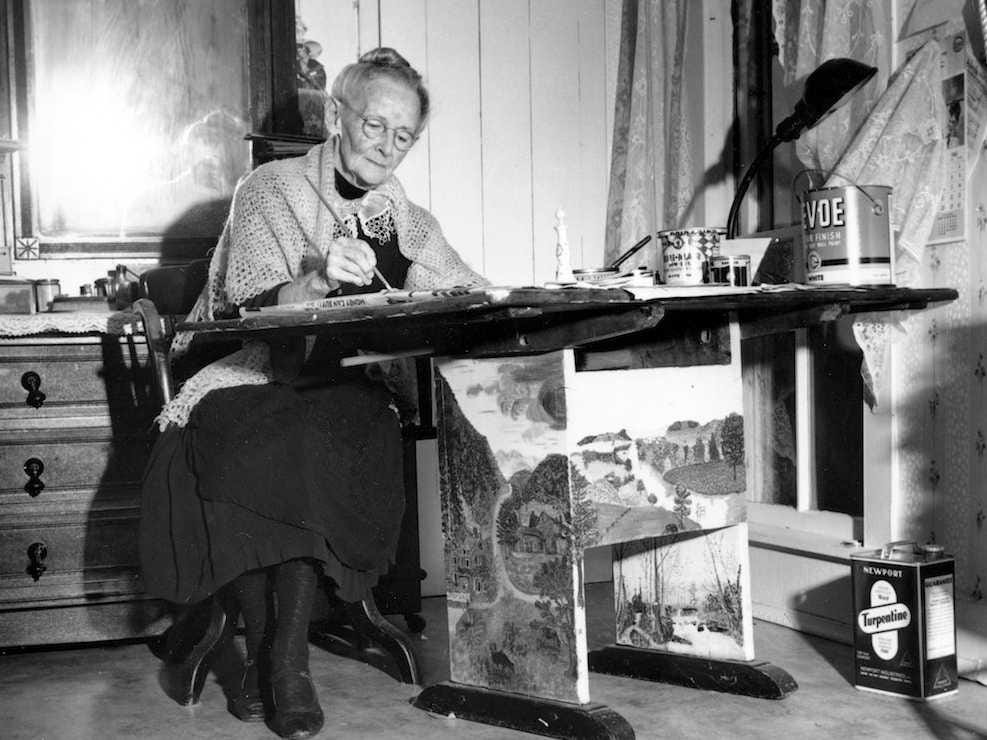 *Oh, and by the way, in my 40s I am going to also become an artist, because I feel like creating with colour. Who knows, one day maybe a painting of mine will sell for that much. (Although I probably won’t identify as an ‘artist’ just like I’ve only just barely been able to call myself an author because of ‘impostor syndrome’. And apparently, from the responses I got, so many other people feel it too. So I’m going to write a long article about that one!)

The list of people achieving things at any age is endless. People create amazing things at EVERY year of their lives. The arbitrary concept of time doesn’t matter. You have right now to create and do whatever you want. Change, or stay the same. It’s your choice. It’s not the choice of a bullshit set of dates made up by the hive mind.

It’s up to you to break the paradigm around you. It’s up to you to help defend the speed that you and other people are allowed to travel in this life. Get a degree at 60. Buy your first house at 70. Write your masterpiece at 80. Get married at 90.

Or don’t. Your life, your timeline.

P.S. I started wanting to paint after watching many seasons of Portrait Artist of the Year, great show, check it out. And also from watching youtube videos about Callen Shaub.

Join the 3,000 other people getting my fortnightly newsletter of Mental Fitness Tips & Hacks: 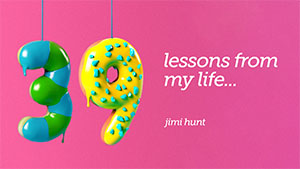